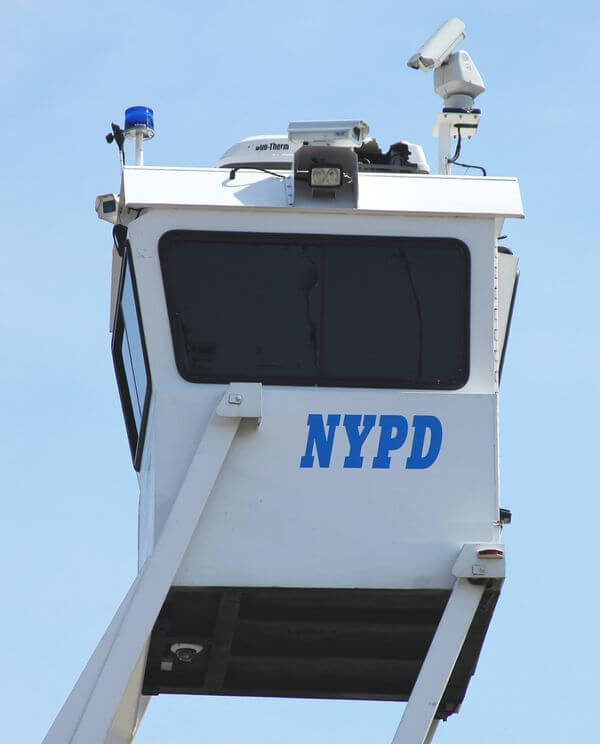 Respect to the people of Boston.  Their strength, courage and goodwill are exemplary and typically American.  We know the marathon bombers will be apprehended expeditiously and brought to justice.  The deaths and the suffering will not be in vain, but will further strengthen the resolve of Americans to protect what makes this country so great, liberty and the good sense and fortitude to protect individual freedom from any and all forms of oppression and violence.

In the raw wake of the recent destruction, available video surveillance that may lead to the swift apprehension of the perpetrators is needed.  The constitutional issues implicated in the widespread use of surveillance cameras, right now, seem insignificant as compared to the great value such surveillance has in apprehending the terrorists, bringing them to justice and making sure they cannot do it again.  Incidentally, it is also nice to know that we have a level headed President who will actually support the just apprehension of the true perpetrators and will not engage in scapegoating or lash out at a disfavored nation, using the bombing as a pretext for a misguided political agenda.  There is no need to jump to conclusions, keep in custody innocent Saudi exchange students or blame someone based on guess work and prejudice.

Is it time for more extensive use of public video surveillance?  Shouldn’t we give up whatever privacy rights we may have or the luxury of anonymity in public when terrorists may strike at any time?  Is any conceivable expectation of privacy in the sea of populated public places a thing of the past?

Some commentators, in support of widespread video surveillance, have pointed out that the terrorism suspects in London, England were readily identified and arrested based on video surveillance and have suggested that there is no place for privacy in today’s world.  “Find an island” if you want your privacy.

Other commentators and civil rights organizations have been critical of claims that video surveillance is actually effective in preventing acts of terrorism and see surveillance as invasion of privacy as part of protected liberty.

Take a closer look at this interesting issue and the changes that widespread public video surveillance will have in our society and decide what you think is best for our country in the long run.   In our opinion, video surveillance is a positive and effective law enforcement tool, which, in appropriate public places should be utilized.  However, there is the danger of misuse and unnecessary overuse that we ought to guard ourselves against as well.

Here is the current state of federal law governing public video surveillance:  In United States vs. Knotts, 460 U.S. 276, 281 (1983), the U.S. Supreme Court dealt with the constitutionality of tracking a car’s movements with an electronic pager device.   The Court held that the driver had no “reasonable expectation of privacy” in his/her movements from one location to another.  The Knotts case is widely cited for the broad position that people have no reasonable expectation of privacy when traveling or moving through public spaces, whether by car, on foot or some other means.  In other words, it is constitutional for the federal, state and local governments to create CCTV or video surveillance networks in public spaces, streets, sidewalks, parks, etc.

In United States v. Jones, 132 S. Ct. 945 (2012), a majority of the Supreme Court Justices seemed to accept what is referred to as the “mosaic theory” of privacy.  In Jones, the Justices all agreed that the subject was “searched” for purposes of the Fourth Amendment when the police attached a GPS device to a car and tracked the vehicle’s movements over the course of several weeks.  Under the mosaic theory, while surveillance of individual acts occurring in public is constitutionally permissible, in the Jones scenario, “the collective sum of the different acts over time amount[ed] to a search.”   Therefore, the public surveillance of a particular individual over time (tracking an individual by use of public video surveillance) is subject to the Fourth Amendment privacy concerns.

Some civil libertarians have taken a strong stand against public video surveillance, arguing, for example, that surveillance can have a negative societal effect by coercing people to give up their individual behavior or freedoms in order to conform themselves to the “bland” mainstream.   Many people believe that there is a reasonable expectation of privacy that flows from the anonymity of traveling in a public space. That is, we behave differently and it is liberating when we know we are anonymous as opposed to being under constant camera surveillance.  Living in a society where widespread video surveillance is permitted will change the very nature of our society and what it means to travel through public spaces.  Another point civil libertarians make is that public video surveillance is completely indiscriminate in nature.  That is, there will be a huge amount of data collected other than evidence of terrorism or other crimes that someone will eventually make use of for some evil, commercial or other mercenary purpose. They call that “mission creep.”   Along these lines, the opponents of the widespread use of public video surveillance argue that eventually, someone is going to use the surveillance cameras to steal information, stalk someone, commit a crime, or otherwise abuse the system.

Consider the arguments against video surveillance in contrast to the changing conditions in our country and the dangers of random acts of terrorism with which we are now relatively constantly confronted.  Balancing our rights and expectations of privacy against the threat of terrorist acts and the interest in preventing and catching terrorists will not be such an easy job in the years to come.  One thing is for sure, we will be seeing many more public video surveillance cameras around the country over the next few years.

In our opinion, while public video surveillance in populated areas is appropriate (airports, malls, courthouses, memorials, town squares, lobbies, etc), it would be overextending to place government operated cameras in more desolate areas where individuals would have a reasonable expectation of privacy, parks, for example.  Additionally, if it is necessary to place cameras in more desolate areas, signage notifying people that they are being recorded would be warranted.   In order to prevent the misuse of surveillance footage, there should be regulations that would criminalize the misuse of surveillance.  We need to take a close look at public video surveillance and maximize the effectiveness of surveillance cameras while minimizing the infringement on the liberty interests that Americans hold high.  It is time for Congress to take a close look at this issue.